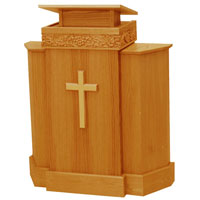 I woke up a few weeks ago thinking about Mahatma Gandhi, one of the best and most loved leaders this world has known. During an outbreak of communal violence in 1943, Gandhi began and continued a 21 day fast until all of the violence was stopped. Even though the protesters/rioters were justified in their cause, their violent actions were untenable when applied to a higher law. Gandhi recognized that fact and opted to lead uncompromisingly toward peace.

Gandhi was a great and successful leader because of his ability to discern high wisdom. He commanded love and respect and extracted unity out of his own fearless dedication to the highest principles. I believe it’s time for Christian Leadership to begin a fast of it’s own.

Equality for homosexual people is a notably high profile issue in our culture today and there is strong argument within the church (and theologically) on both sides. This argument has engendered a deep bitterness and division, both within the church and between the church and the secular world. When we look at the real results of this debate, the evidence points to a need to make changes.

Though opponents of equality are fighting a concept, it is people who are getting hurt in the battle. A law is passed in Uganda forbidding homosexual behavior. This is a victory for opponents of same sex relationship, but victory at what cost? The price extracted is violence against people in the form of hatred, intimidation, beatings, families torn apart, and murder. Uganda seems an extreme example, but the same happens each year here in the U.S.

Is Christian Leadership complicit in this violence? Stating that homosexuality is tied to pedophilia or that homosexuals are bound for hell devalues and dehumanizes people with a homosexual orientation. Could these statements be part of what pushes extremists to act out? I know for sure that standing firm in opposition to equality repels people, both gay and straight, from the church and puts stumbling blocks in front of many who would seek to know more of Christ’s mercy and love. Conversely, intolerance and malice toward those who believe they are simply following the law of God handed down to Moses is just as damaging.

It is time for a deep distillation of the message of Christ. What is it that lay at the center of the heart of Jesus? Discern. Prioritize. Question whether the current debate is working. Is the message bringing more people to God? Are we seeing the body and bride of Christ grow as a result? Are more souls coming forward longing to be saved by the grace and mercy of our Lord because of these messages? Is it OK to fan the flames of violence and hatred and division for Jesus sake?

Here’s the answer to most of these questions. No.

It’s time to follow Gandhi’s lead and start a fast to stop the violence. I submit that every Christian leader ‘fast’ from opining about homosexuality (whether they are for or against equality), even though they believe deeply they are right. Instead, simply state that God’s love and mercy are for every person, until all of the violence has stopped. That’s right. NO MORE TALKING ABOUT WHETHER HOMOSEXUALITY IS A SIN OR NOT – not from the pulpit, not in your office, not over dinner with your friends, not in the elevator alone. Shhhh. Zip. Shush. Nope. UhBuhDubUhDubUhDup. Shhht. Quiet. Close your mouth.

As a replacement, simply say, “God’s love and mercy and grace are for every person on Earth.” (which is truth)

If pressed about the issue you may answer, “I have vowed to abstain from speaking on that issue until there is not one violent act or hateful thought surrounding homosexuality because the greater and more important message in this case is that God’s love is for everyone.”

The truth is we will not come to the solution surrounding this issue until there is unity. We cannot come to unity through discussions on the topic of homosexuality. We can unify around the love of Christ. We must choose the road to unity, to peace, to higher wisdom and higher law and we must be uncompromising until unity is reached – even if it means we don’t get our way completely.

It’s hard to be humble. It’s hard to let go and trust God. It’s hard to release the position of being ‘right’ or ‘obedient’ or ‘educated’ or ‘whatever else you may have to release’ by closing your mouth on this subject. Everyone loses something in this ‘fast’, but everyone also wins. Peaceful unity is the prize that makes it worth it. A peacefully unified people can discuss matters without bloodshed. A peacefully unified bride just might be all that much closer to standing next to her bridegroom.

Who’s up for the challenge?