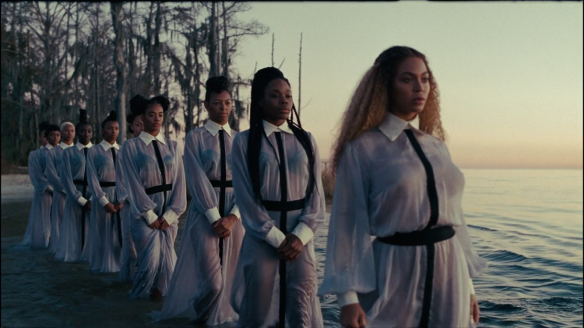 I saw an article on Huffpost this morning relating  Beyonce’s album ‘Lemonade’, the black woman’s experience, and prejudice within the church. It speaks into a subject I think about quite a bit, which is racism, the value of people, and what God says about those things. Rather than put a post on Facebook, I decided I’d explore the issue a bit here in this platform, which seems more appropriate. My thoughts aren’t fully formed – again, I’m exploring. It’s an issue I think worthy of exploration and I’d love to read some of your thoughts if you care to comment.

Being in seminary I am exposed to lots of conversation surrounding issues of justice, and race is certainly in the mix where justice is concerned. I know, as a white girl, I’m wading into sacrosanct territory for some of my seminary contemporaries, but I’ve got a couple of thoughts in development here and I want to write about it.

The first thought is that racism is an ‘everybody’ problem, in conflict with the core character and values of God, and white folks (I) need to work every bit as hard as people of color to end it. I see the problem minimized by white folks through denial and dilution i.e. “All Lives Matter” offered as some kind of backward way to expunge the existence of racism. Though white folks can’t know or understand first hand what it means to be diminished by systemic prejudice, we’ve got to acknowledge that it exists, that the chorus of voices saying this is something that affects their lives in very real and detrimental ways are speaking truth.

Privilege is invisible to those who have it. Let’s say that again. . . PRIVILEGE IS INVISIBLE TO THOSE WHO HAVE IT, and white folks working to end racism along side our brothers and sisters of color requires us to listen from a position that says ‘you are the expert on your experience, not me.’ It requires white folks to become willing to let go of their privilege, which comes at great cost to people of color, and, instead, affirm that all people are valuable and worth fighting for. It means holding space for the anger and frustration that is expressed by people of color. It means listening to others and saying ‘how can I help?’ It means a deep and central collective acknowledgement that we have all been participating in a system that hurts others because it’s easier to do that than to change things. It means turning away from that system and finding a different way.

When we step out of God’s created order, Dis-creation happens. We see it over and over again in the bible…people get greedy and don’t care well for those on the margins. Soon enough, the famine and floods and earthquakes and wild beasts start happening.  Dis-creation is precisely what we are seeing in the world of today. It is a direct result of greed, and racism most certainly is one of the forms greed takes.

I see injustice for my brothers and sisters of color and for the Native American community, and I want us to move through that and beyond it. I want that because I believe the solutions to many of the problems we face today are to be found, either within those communities, or through the shift toward valuing those communities as highly as we value our own without making them to be like we are.

The only way we’re going to get out of this thing alive is together. God has shown us that, over and over again through God’s word. So, I’m going to use my voice and bring up the subject, even though I’m not an expert and I don’t have very many answers. I do have one answer. It is God’s answer, and it is that we’ve got to be just, valuing each and every person as highly as we would our own children, because they are God’s children.

Strangely enough, I really believe that if we begin to value all human life the way God does, most of our environmental and economic problems will be resolved, because we will be back in the goodly order and graces of God.